I have 14 passwords that I use to access 7 networks, 6 email accounts, 2 chat clients, 2 bank accounts, 9 bill-paying sites, 2 blogs, 1 MMORPG, and 4 work-related sites: timesheet, payroll, hr, and training. And that’s not even counting all the dumb little websites I’m a member of.

I am so ready for a retinal-scanning-thumb-print-taking login mechanism. I’d almost welcome a finger-pricking-blood-scanner. Couldn’t be much more painful than the current system. 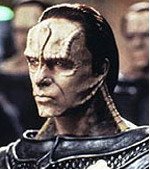 Last week, after months of pining and deliberations, I finally broke down and ordered my mac mini. 2 inches of computing adorability. An entire computer, complete with dvd burner, 80 gig hard drive, and good enough graphics for me to get my WoW on. All in a 6 and a half inch square, 2 inches tall. (Check it out.)

So, I’m a windows person. Used to do me some win32 programming, even. So this whole mac thing is a little new – I haven’t touched an apple since my high school days. I’m really missing my ctrl-c type shortcuts, but I’m sure mac’s got their own little shortcuts. It’ll just be a matter of time before I discover them. I hope.

I love my new little speakers. (Click here to see them – Sony SRS-P11Q if the link doesn’t work.) They are intended to be portable speakers for an mp3 player, but I find they work quite nicely for my new little computer. I don’t know how good they really are, as I generally hate sounds coming from my computer, so I keep the sound turned down real low. Unless I’m playing WoW, then they get turned up to one notch above real low – cuz with no sound, you can’t tell when something is attacking you from behind till you’re half dead. And that’s never fun.

Did I mention the built-in wireless? Took a little finagling to get it to play nice with my home network, I ended up having to type in the hex wep password, but mac gives you the option of turning off the password dots when setting up network stuff, so you can actually see the hex mumbo-jumbo you typed and double check it.

Oh, and built in bluetooth. So you can use a bluetooth-wireless mouse and keyboard – which I would have done, but my husband has a wireless mouse, and he didn’t want me to interfere with his signal. But the wired set up isn’t so bad – especially when you have a tiny computer that can sit ON your desk and take up minimal space, so you don’t have wires stretched all over the place, trying to reach under the desk.

Plenty of USB ports. The keyboard takes one, but actually provides 2, so the mouse can plug right into the keyboard. The mighty mouse has a pretty short cord, so it’s not annoyingly bunched up or anything, being plugged into the keyboard and all.

Firewire. So my tiny little camcorder (ok, so I have a fetish for all things small) can plug right into the mac mini. And with iDVD, I can create DVDs from my camcorder tapes in one step. Granted, in one step, you can’t do anything fancy (like create clips or menus) but you can create a regular ol’ DVD player playable DVD. Of, like, say, your friends’ wedding. That you taped last June. And then promptly forgot about. And now that your friend is pregnant with twins, and wants to, uh, watch her own friggin’ wedding, so she told you to just give her the mini-DV tape and she’ll figure out how to watch it. So, in one easy step, you can slap the thing on a DVD, hand it over with the tape (so she can do something fancy with it later), and she can happily watch her wedding. On her tv. From a DVD.

The mighty mouse. An odd little invention – one seemingly solid piece of plastic on the top, with a little bitty roller ball on the top, about where you’d expect to find a scroll wheel. Which is precisely what the bitty roller ball does. Except, you can roll the roller ball sideways (for sideways scrolling) AND up and down. Genius. But the even stranger part: The mighty mouse knows when you left click, middle click, or right click. Even though its just one piece of plastic, no buttons. There’s even two low-side ‘buttons’ that don’t really depress, but it somehow knows you clicked them. They seem to only be configurable to one thing, so I’m not sure why there’s one on each side of the mouse – I guess maybe to make it left-hand friendly? Right now, I have it set so that if I press either of these pseudo buttons, it opens the application switcher (that thing alt-tab does in windows).

The verdict: I love it. It’s tiny. It’s cute. I can check my email. I can play WoW. I can make long overdue DVDs. It came with software for making comic books – I haven’t played with it yet, but I downloaded gimp so I can ‘cartoonize’ my wedding photos and turn them into a comic book, complete with WHAMS! and thought bubbles. I just went to mypublisher.com (my kind of scrapbooking, no scissors involved) to see if they had a mac version of their bookmaker, and they have something even better: a mac plugin, that works right with mac’s iPhoto.

I still have a LOT to learn about the mac world. I mean, I’ve only had the mini in my possession for 26 hours, and I had to spend most of that time sleeping and then that pesky thing called work. I haven’t even figured out what half my applications are (I think I even got Quicken – which is like my favorite thing ever – for real). But I think it will be a fun journey. Plus – I totally have the cutest computer on the block.